It’s too early to know the full impact of yesterday’s elections in Mexico, but there is no question that these were far more momentous than midterm elections usually are, with profound short-term and long-term consequences for the future of Mexico’s political system.  Here are four quick takeaways on the implications of the results:

* The political landscape in Mexico is now more fragmented than ever before with no single party towering over the others.  Mexico has long been a political system based on three strong parties and a few smaller ones.  Now there are at least five, if not more, that appear to have a significant base of support.  The victory of an independent candidate in Nuevo Leon, Mexico’s most economically important state, sets a very important precedent that will decentralize the political system even more in the future and allow citizens to organize outside the traditional parties.

* It was a mixed night for President Enrique Pena Nieto and the PRI.  Although the PRI appears to have won the largest number of votes for Congress and state governors, the party won less than 30 percent of the vote, appears to have lost a few crucial governors’ races that it had expected to win (Nuevo Leon, Queretaro, and Michoacan), and will have to piece together a working majority in the Congress with the Green Party, the New Alliance Party, and perhaps a few others on key votes.  Of course, it’s not unusual for the incumbent party to lose ground in the midterm elections (this is the fourth straight time it’s happened), but the PRI seemed to be in a particularly strong position going into this election and expected to do much better.  This election is hardly a repudiation of Pena Nieto’s government — which will likely be able to move forward with its reform agenda in Congress — but it’s certainly not a ringing endorsement either.

* The PAN came in as the second strongest party, though it received only a fifth of the votes, and the left divided like never before among various parties.  Andres Manuel Lopez Obrador’s party, Morena, made a very respectable showing against the PRD, probably winning five of Mexico City’s delegations (municipalities) and presenting a strong challenge to the PRD in the bastion of the left.

* The elections were actually carried out in relative peace, despite attempts to disrupt them in three states in the south.  However, an unusually high number of voters (roughly five percent) appear to have left their ballots blank in protest against all of the political parties.

In the next few hours, we will know more about how the main parties ended up and who will govern each state, but clearly this is an election that has shaken the foundations of Mexico’s political system like few others.

Andrew Selee is the Executive Vice President of the Wilson Center and Senior Advisor to the Mexico Institute.

A wave of violence and intimidation has engulfed Mexico in recent weeks as the country prepares for midterm elections on June 7, with gunmen killing four candidates and kidnapping dozens of residents in Guerrero state — reviving fears that the still-unsolved disappearance of 43 students last September was not an isolated incident.

Enrique Hernández, who was running for mayor of Yurécuaro in the western state of Michoacán for the left-leaning Movement for National Regeneration Party, was killed on May 14 when gunmen opened fire on his campaign rally. Hernández was a leader of the town’s self-defense group formed in 2013 to curb the power of the Knights Templar cartel.

The state’s attorney general, José Martín Godoy Castro, said Wednesday that the Yurécuaro’s police chief and two of his aids knew about plans to kill Hernández, and left town ahead of the murder. Godoy said he would file charges — of participation through omission in a homicide — against the three officers.

Less than an hour after Hernández’s murder, gunmen shot Héctor López Cruz 16 times as he returned from campaigning in Huimanguillo, in the southeastern state of Tabasco. López was running for city council of Huimanguillo on the ticket of the ruling Institutional Revolutionary Party (PRI).

Visit here to know more about the 2015 elections in Mexico.

Visit here to check the broadcast of our latest event on elections.

The top prosecutor in a western Mexican state says his investigation has tied the local police chief, his deputy and another underling to the killing last week of a mayoral candidate.

Michoacan state Attorney General Jose Martin Godoy Castro said in a statement Wednesday that the three knew about a plan to attack Enrique Hernandez, a mayoral candidate in Yurecuaro. Godoy Castro said he would file charges of participation through omission in a homicide.

Godoy Castro alleges that the suspected masterminds behind the attack paid the local police for protection and on May 14 told them to leave town so they could kill Hernandez.

He says their beef with Hernandez apparently stemmed from a disagreement over control of a sandbank. 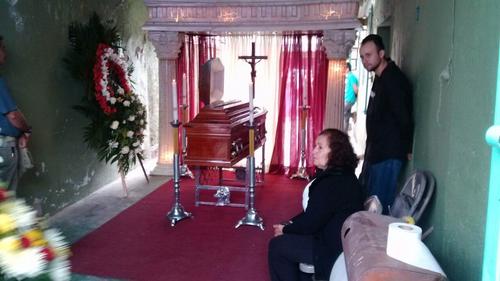 Two candidates in Mexico’s upcoming midterm elections were shot to death in different parts of the country amid a wave of violence and intimidation of candidates ahead of balloting next month.

Enrique Hernandez was in the middle of a campaign event in the town of Yurecuaro in Michoacan state when he was hit by shots from a moving vehicle Thursday about 8:10 p.m. He was running for mayor for the left-leaning Movement for National Regeneration, or Morena, party.

Less than an hour later, in the southeastern state of Tabasco, Hector Lopez Cruz, a candidate for local councilor for President Enrique Peña Nieto’s Institutional Revolutionary Party, or PRI, was pumped with 16 bullets on his doorstep in the town of Mecatepec.

The assassinations come less than two weeks after Ulises Fabian Quiroz, a mayoral candidate for a coalition of the PRI and the Green Party, was slain in Atzacoaloya in the state of Guerrero.

Another aspiring candidate in Guerrero was killed and beheaded in March, and two others were kidnapped and then released.

“For Justice, Security and the Restoration of our Territory”—that’s the slogan emblazoned on the uniform of the people in charge of security in Cherán, one of the main indigenous communities in the heart of the State of Michoacán in western Mexico. The story of Cherán’s resistance goes back centuries to when it held off the Aztec empire, a foreshadowing of the spirit of independence that enabled it to take on organized crime and successfully re-establish political self-governance and self-defense in 2011.

Until recently, like many rural areas of the country, Cherán had experienced a rising tide of violence as unwelcome elements increasingly moved in to exploit its natural resources. As described in the documentary “Resistencia de Cherán“ (Resistence of Cherán):

Cherán was made up of 27,000 hectares of forest [which were] destroyed, leaving a mere 7,000 hectares. In other words they razed 20,000 hectares to the ground. Basically, there was no forest left, and what’s more, they destroyed the fauna, our animals, everything that affects the lives of the Purépecha people.

Another member of the community interviewed in the documentary recounts how partisan politics prevented a concerted response to threats against and abuse of the region’s indigenous inhabitants:

Their cars and trucks would drive down all the main roads of the community. They would mock us as they passed and not just that, they would go into stores and ransack them and then leave. Nobody could say anything. Women, men, all of us, we felt powerless to yell or stop them. Our situation was critical, it was desperate, but nothing tangible could be done because we couldn’t agree, each of us belonged to a different political party.

They call themselves the New Generation of Jalisco, and they just pulled off one of the most audacious attacks against Mexican authorities in years.

Earlier this week, on a lonely road in western Mexico between the resort beach town of Puerto Vallarta and the state capital of Guadalajara, cartel henchmen with assault rifles and grenade launchers ambushed a convoy of state police, killing 15 of them and wounding five more. That brought the total number of police killed in the state to 21, just over the past three weeks, according to the Mexican newspaper El Universal.

“Its not a coincidence that this weekend [April 5], election campaigns started,” said Gerson Hernandez Mecalco, a political science professor at Mexico’s National Autonomous University. “It’s a very negative message, on the part of organized crime, of the possible impact and strength that they continue to have.”